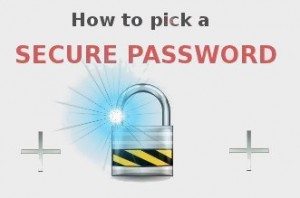 One time Passwords (or OTP password) are a frequently used means for people making monetary transactions in a highly secure manner. The technology is used in secret ballots also, or for performing any confidential data exchange. This can otherwise be fraudulently operated and hence abused by someone with bad intentions. All banks have this one-time password system, which makes sure that a user is authenticated, and allowed an optimal time-interval for completing the transaction, after which the authentication has to be renewed. The secret one-time password is generated as a small part of the entire process, which may have been triggered by the generally usable password of that user. This password can also have a small life-span, depending on the user’s activity record.

An OTP or one time passwords are meant to enter the user into a module where a highly significant or centralized operation takes place through an application or protocol. Most of the OTP facilities are web-based these days, and they are designed with modern safety measures for preventing fraud. The use of one-time passwords is a classic example, and it can be seen quite frequently in banks, examination websites, online retail stores and other facilities.

An OTP generator works in an algorithmic fashion after it receives a cue from a separate, but often all-encompassing module as the main application. The generation process of an OTP can be triggered after other levels of authentication are cleared as well. However, for additional security, institutions are now depending on an extra step – which is manual viewing of OTPs after for avoiding automated frauds such as invisible clicks. These triggers inside a malicious code can also be undetectable.

Why is OTP here to stay?

The basics of one-time password formula is perhaps the oldest for authenticating. The only difference with today’s technology is that the ancient methods were not shelled by a computer application. It dawned on people that passwords, unlike the ones we use for opening our emails, were best used if discarded after the first success. That is how spies operated and perhaps still do. Any secretive operation or confidential transaction needs to be supplied with a one-time password, so that even if someone knows it, it is useless after the authenticated user has been cued into the operation already.